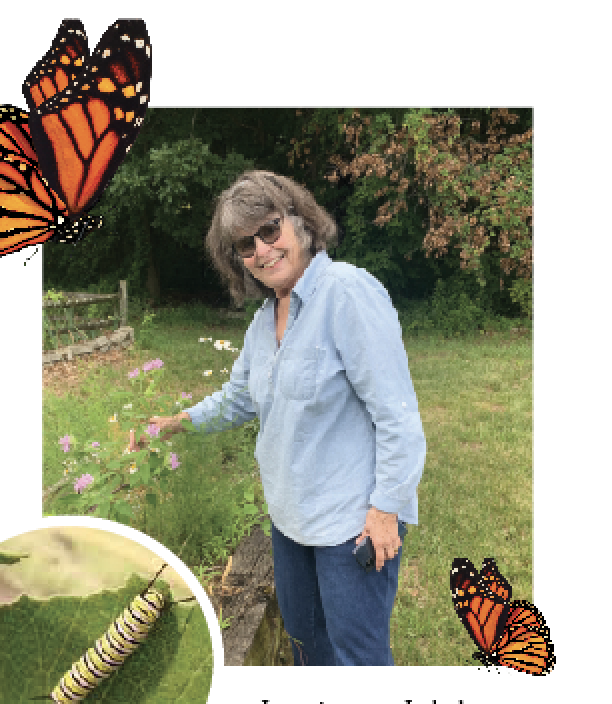 Judy Paschalis lived in South Toledo for years surrounded by houses and neighbors, but two years ago she and her husband found a new place to call home. After the move she realized that she was sitting on twelve acres of the Oak Openings Region. This realization sent her on an educational journey that makes every day a discovery of new nature neighbors.

A rare ribbon of land

According to the Nature Conservancy, the Oak Openings Region is one of the 200 last great places in the world and has a biodiversity as expansive as the Florida Everglades.  On a map, this 130 square mile region of large oak trees and prairie grasses stretches like a five mile wide ribbon from Liberty Center, OH to just above Monroe, Mi. People living in the Oak Openings Region are encouraged to be Green Ribbon Partners and fellow conservators of this habitat by avoiding invasive species and cultivating native plants. The reward, as Judy has found, is the thrill of watching a native landscape thrive right outside her window.

After following recommendations by the Nature Conservancy, Judy is seeing an uptick in the number of butterflies on her property due to the dozens of milkweed plants popping up in her back field.  She explains, “Monarch butterflies cannot survive without milkweed.”  As Judy has witnessed, if you allow this native plant to thrive, the monarchs will happily become your neighbors.

Once Judy started learning about why the Oak Openings Region should be protected and how landowners can do their part, she has become more interested in nature in general.  “I was born on a small farm in Kansas and this has taken me back to my roots”, Judy explains as she walks around her yard using naturalist apps on her phone to identify the plants she finds. It is like solving a puzzle to figure out which plants are native and which are not. Slowly and methodically she is doing her part to make sure her piece of land, in the heart of the Green Ribbon, thrives.

The pursuit of many paths

Judy’s newfound interest in the Oak Openings Region is one example of the many paths she has walked throughout her lifetime. She started her career in Toledo as a reporter for WTOL and has worked in the communications and public relations field for several social service agencies. She has helped with marketing for her husband Manos’ restaurant, and is passionate about the redevelopment of Toledo’s Uptown area. Her last full time position was as the Communications Director of  the Kinship Navigator Program for the Northwest Ohio Area Office on Aging, a resource for grandparents raising grandchildren.

In retirement Judy became interested in quilting and calls herself a quiltoonist.  The walls of her home are covered with many of the small scale quilts she has made,  all of them intriguing and telling a story.  “I consider myself a textile folk artist, because the only art training I have is in photojournalism.”

Judy is a family woman.  She has three daughters from her first marriage. Years later she couldn’t get the idea of adoption out of her head and she and second husband, Manos, adopted an eight year old son when she was in her mid fifties. While currently raising their grandchild, Judy laughs about her many years of parenting, saying, “We like to have a kid in the backseat.”

The path leads to home

From communications careers to motherhood to folk artist to backyard naturalist, Judy is a wonderful example of a person who allows her interests to guide her down different pathways as she traverses through life.  While many of us look to our backyards as a source of relaxation, Judy sees hers as her own personal classroom as she revels in the rare and wondrous world right outside her window.

For more information about the Oak Openings Region and the Green Ribbon Initiative go to https://www.oakopenings.org/

The Mrs. behind Mr. Lightbulb