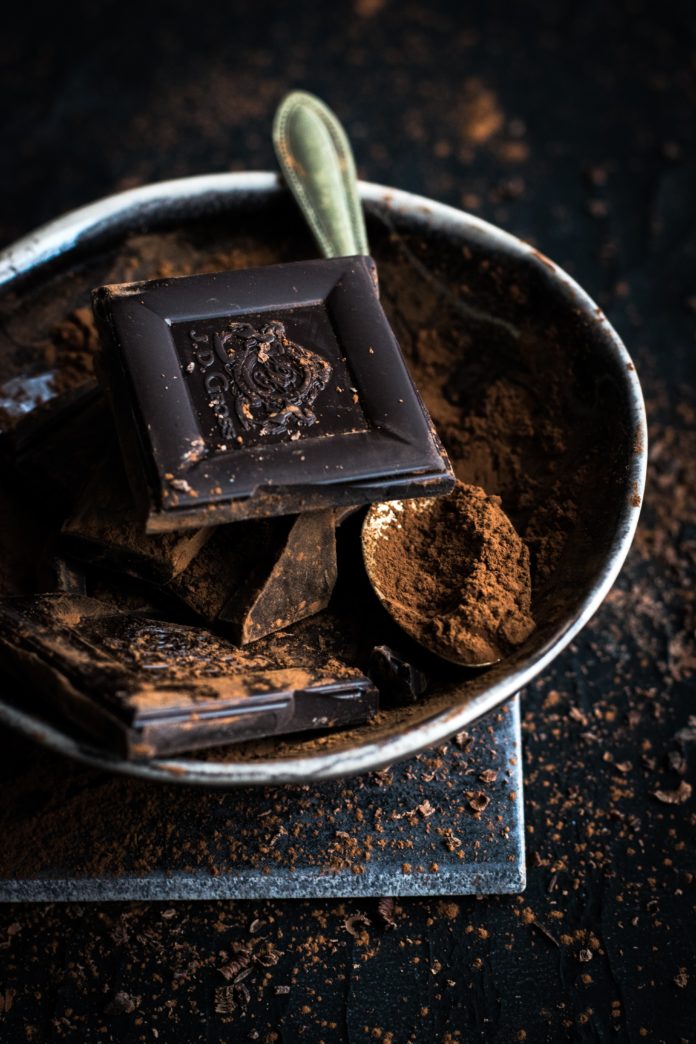 News about your health can be quite depressing – especially these days – but the news that eating dark chocolate, the kind that contains lots of cocoa, can be good for your health, can come as a deliciously delightful surprise, says Rebecca Weber, CEO of the Association of Mature American Citizens [AMAC].  In fact, each year around this time, in the weeks before Valentine’s Day, news outlets seem to besiege us with the “chocolate is good for you” message.  But, suggests Weber, it would be wise to consult with your doctor before going on a chocolate binge.

“It used to be a no-no, particularly for seniors, but research in recent years suggests that, if you don’t overdo it, eating dark chocolate can be good for you.  Numerous studies show that regularly treating yourself with about half an ounce of dark chocolate can lower blood pressure, reduce your levels of bad “LDL” cholesterol and increase your levels of HDL, the good cholesterol.  And some researchers believe that it can improve cognitive function,” says Weber.

According to the National Institutes of Health [NIH], up until the medical community began conducting deep scientific research into the negative and positive effects of chocolate, health care providers warned their patients of the potential health hazards of consuming large amounts of chocolate.  Patients were told that, while it is indeed a tasty treat, it could also have ill effects on your health such as acne, obesity, high blood pressure, heart disease and diabetes.

“However,” says the NIH, “the recent discovery of biologically active phenolic compounds in cocoa has changed this perception and stimulated research on its effects on ageing, oxidative stress, blood pressure regulation, and atherosclerosis. Today, chocolate is lauded for its tremendous antioxidant potential. However, in many studies, contradictory results and concerns about methodological issues have made it hard for health professionals and the public to understand the available evidence on chocolate’s effects on health.”

Epicatechin [EPI] is a flavanol found in a number of foods we eat including cocoa.  But it is said that the amount of epicatechin in cocoa is particularly high.  In a paper produced by researchers María Ángeles Martin and Sonia Ramos of the Department of Metabolism and Nutrition at Spain’s Institute of Food Science and Technology, they found that: “Cocoa is a source of flavanols [epicatechin], and these phenolic compounds exert beneficial effects on health and aging and reduce the risk of suffering chronic diseases (cardiovascular diseases, metabolic disorders, cancer).  An increasing body of evidence has emerged to suggest that cocoa flavanols potentially are important chemopreventive natural agents.”

Many researchers around the world have come to the same conclusion, suggesting that if you have a craving for chocolate you should avoid processed chocolate treats that contain additives and have low cocoa content.  What you’re looking for, they say, is chocolate with a high content of cocoa, namely dark chocolate that contains 70% to 85% of cocoa.

As the Mayo Clinic puts it: “Healthy chocolate sounds like a dream come true, but chocolate hasn’t gained the status of a health food quite yet. Still, chocolate’s reputation is on the rise, as a growing number of studies suggest that it can be a heart-healthy choice … cocoa itself, unlike chocolate, is low in sugar and fat while offering potential health benefits. If you enjoy chocolate flavor, add plain cocoa to your low-fat milk or morning oats.”