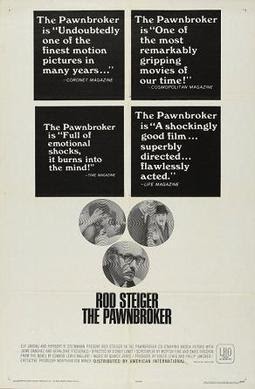 The Pawnbroker (1964) – Before Schindler’s List, before Shoah, before mainstream movies had begun to seriously tackle the horrific events of the Holocaust, Sidney Lumet’s drama was the first American film to look at the point of view of a survivor of Hitler’s concentration camps. Starring Rod Stieger in a star-making performance as a man who lost his family to the Nazis’ horrific “final solution,” and now faces a world he feels bitter and angry toward. Available on Hulu