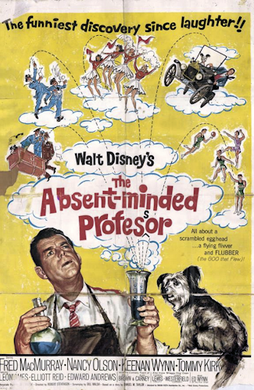 The Absent-Minded Professor (1961) – Everyone’s heard of Flubber, the trademark substance at the heart of Disney’s classic live-action comedy The Absent-Minded Professor— and not just because the 1997 remake of the film starring Robin Williams was simply called Flubber. Anchored by a charming performance by Fred MacMurray, the movie became such a success at the box office that it was the first Disney film to garner a sequel: Son of Flubber in 1963. Available on Disney Plus