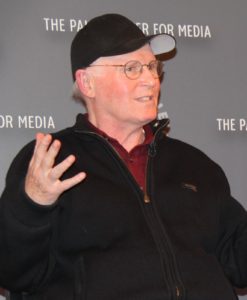 When Charles Grodin passed away, the cinematic world lost an actor of exquisite presence and comedic timing, one who made every movie he was in better, just by being there. He had a wry, laconic bearing to him that made him infectiously fun to watch, no matter the role. His best films took advantage of that by giving him something to push against, whether that be a strong co-star or even a cute dog.

His best role may have been in Martin Brest’s 1988 action comedy “Midnight Run,” which paired him with one of the best and most famous actors of any era, Robert DeNiro. Whichever casting director secured that pairing deserved a raise. DeNiro’s intense persona pairs perfectly with Grodin’s disaffected yet energetic demeanor, giving their comedic banter even more zing than the already engaging screenplay has on its own.

The plot sees DeNiro, a former cop turned bounty hunter (the reasons for his career change are revealed throughout the film), who is convinced by a desperate bail bondsman (the invaluable Joe Pantoliano, another of this movie’s many amazing cast members) to seek out a bail jumper (Grodin) who embezzled from an infamous mobster. Finding his man in New York proves astoundingly easy for DeNiro. Transporting him back across the country to California is the hard part.

At its core, “Midnight Run” is a pretty straightforward buddy movie, with plenty of fun set pieces, unique locales and plot twists, but what really makes it memorable is the chemistry between DeNiro and Grodin, as the pair talk and grow their relationship with one another over the course of the film. The dialogue is ripe with quotable bits and great character moments. The beginning of one pivotal scene on a freight train was largely improvised by Grodin, and shows a genuine fondness between the performers seeping out from behind their characters.

There are plenty of great action comedies out there, but few that are as satisfying on so many levels as “Midnight Run.” From the thrilling shootouts to the playful performances (including the late Yaphet Kotto as an antagonistic FBI agent on their trail) to a genuinely touching ending and final twist, the movie remains a spectacular example of an overplayed genre. It proves that with the right chemistry, any story can be great.

“Midnight Run” is available for streaming on Netflix.