The Toledo History Museum is a non-profit organization devoted to providing educational enrichment to people in the Toledo area. Some of their goals are to assemble historically 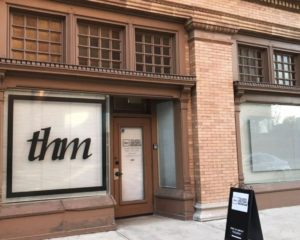 accurate exhibits for the community and to provide factual, yet entertaining activities to highlight our city’s rich history.

In compliance with those goals, the museum is hosting a family-friendly Calvary Cemetery Walking Tour on May 29. The tour will begin at 12:00 p.m. and costs five dollars. Those who plan on attending should meet in front of the Mausoleum, which will be open for browsing prior to the walk.

Calvary Cemetery began back in 1886, and since then it has become the largest cemetery in the Toledo area holding more than 106,000 internments. Some of the significant and well-known Toledo figures that have been buried there include Father Edward Hannin and Jackie Kennedy. Father Edward Hannin was the long-time rector of St. Patrick’s and also a driving force behind the creation of Calvary. Jackie Kennedy was a notorious area 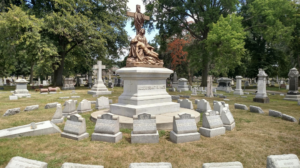 bootlegger killed by mobster Thomas “Yonnie” Licavoli’s gang. Others buried at the cemetery include the first Ursuline Sisters who began their work in Toledo in 1854 and former Governor of Ohio, Michael V. DiSalle. A few Toledo baseball legends will also be acknowledged.

On the day of the tour, the cemetery will be filled with thousands of flags on the graves of those who served our nation in uniform as we all honor Memorial Day weekend. Calvary sits on 140 acres of land at Parkside and Dorr Street and features a rotunda Mausoleum, which attendees will see upon arrival for the walk.