The 2018 Retirement Confidence Survey (“RCS”), a joint venture between the nonpartisan Employee Benefit Research Institute and research firm Greenwald & Associates, reveals that about two-thirds of Americans feel confident, or at least somewhat confident, in their ability to retire comfortably. Yet nearly the same number say that preparing for retirement makes them feel stressed.

But many of those who have saved very little don’t actually seem stressed. Clear-eyed about their priorities, they seem to know what they need to do. For those who have managed to accumulate some money, usually $100,000 or more, that is when the worries seem to start.

Perhaps the stress comes from not knowing or fearing what lies ahead. According to RCS, although so many are anxious about the future, a whopping 62 percent of workers have not actually calculated how much money they need to saved to live comfortably in retirement.

It’s hard to feel confident about reaching a goal when you have not established the goal or what your options might be for achieving that goal. Online retirement calculators encourage working the numbers and asking, “What am I so afraid of?”

For those worried that they will not have enough, doing nothing only makes the problem worse. Perhaps the process of projecting retirement needs means that it is actually time to figure how much you are spending right now. That calculation alone deters many from addressing their retirement needs. While for some, the retirement planning process conjures feelings of financial inadequacy.

The retirement planning process can be enlightening and can help you plan a path forward, while also raising tough choices. You may find that to hit your goals, you need to either save more today, reduce your expenses during retirement or work longer. Each scenario has inherent upsides and downsides.

Saving more today sounds virtuous, but then “Who knows what will happen? I should live for today!” Reducing income needs in retirement is a possibility, but then there’s the risk that when you actually retire, it will be harder to downsize than you think.

Finally, working longer may sound like a great idea when you are 45, but 20 years in the future it might not be an option. The RCS found a startling disconnect in the survey between workers’ expectations about relying on income from work in retirement, compared to retirees’ actual experience: 68 percent of workers expect income from working to be either a major or a minor source of income in retirement, whereas only 26 percent of retirees say that this income is a major or minor source.

For most, the retirement planning process requires the need to get real about what you are willing to do today, in order to feel secure in the future. The answers are rarely simple, but doing nothing is the worst option. 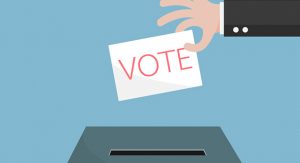 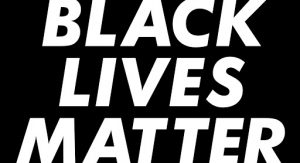