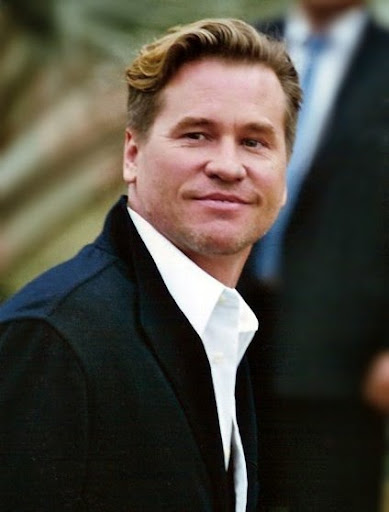 One of the big comedy revolutions of the 1980s was the rise of the Zucker-Abrahams-Zucker trio– the ZAZ team, as they came to be known by their fans. Jim Abrahams and brothers David and Jerry Zucker grew up together in Wisconsin and founded the Kentucky Fried Theater group in the 1970s, which in turn led to the uneven-but-funny “Kentucky Fried Movie” in 1977. Their big breakout would come three years later with the comedy classic “Airplane!” in 1980.

The trio’s best movie, however– 1984’s “Top Secret”– would be one of their least seen. Maybe it was the choice of genres, as a sendup of classic World War II movies and Elvis musicals wasn’t as topical as “Airplane”‘s skewering of disaster movies. Maybe the cast of relative unknowns (including a fresh-faced Val Kilmer, in his film debut) played a part. Whatever the reason, while everybody knows “Airplane!” and 1988’s “The Naked Gun,” “Top Secret” often goes overlooked.

And that is a shame, because “Top Secret” is the pinnacle of the ZAZ boys at their greatest comedic power. This movie is full of the wacky set pieces, background jokes, weirdo dialogue and hilarious gags that made “Airplane!” and “Naked Gun” comedy classics. Kilmer stars as an obvious Elvis analogue who goes into wartime Germany on a humanitarian mission that the bad guys are using as a cover for…oh, who cares about the plot in a movie like this?

No, ZAZ movies are all about the jokes, and there are tons of them, so inventive and memorable that this review could just be a list of them. The collision with the bridge. “FIND HIM AND KILL HIM.” Skeet surfing. The train pulling away from the station (or vice versa). The letter that has to be in New York by Tuesday. The crushed car. The ballet. The backwards book store. The watch. The cow. The underwater fight scene.

If you’ve seen the movie, then you’re laughing in recognition at the memory of these moments. If not, what are you waiting for?

“Top Secret” is available for streaming on Amazon Prime.