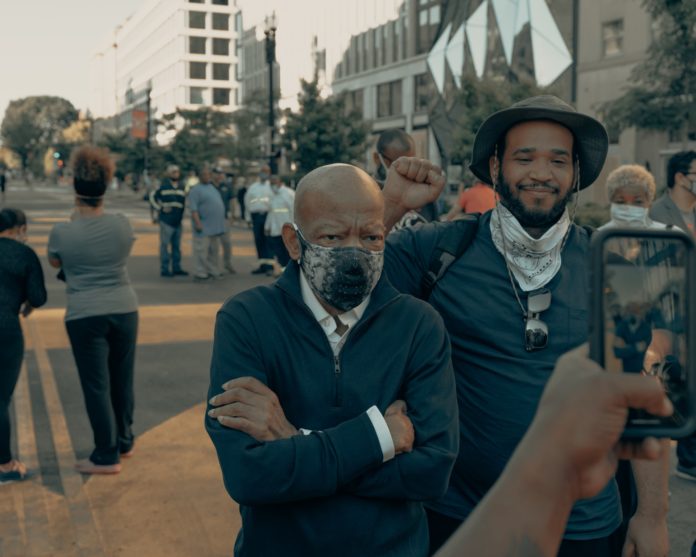 If you think housing discrimination is a thing of the past – that is incorrect. Currently, in 2021, mortgage lenders continue to deny home loans to properties in neighborhoods that are predominantly non-white – even here in Toledo.

A Brief History of Housing Racism in America

Racial discrimination in the United States’ housing market has been maintained by the practice of “redlining” – denying home loans to properties in majority black or non-white neighborhoods. During the 1930’s, a federal program to expand homeownership opportunities was advanced as part of President Franklin D. Roosevelt’s New Deal. A federal agency, the Home Owners’ Loan Corporation  (HOLC), was created to establish “residential security maps” of 239 cities across America, designating neighborhoods in those areas  as “Best”, “Still desirable”, “Definitely declining” or “Hazardous.”

Areas with large minority populations were almost always designated as “Hazardous” and outlined in red, thus the moniker for the practice,  “redlining”.  Mortgage lenders used these maps which resulted in the denial of loan applications for properties in “hazardous” neighborhoods. Many of these maps were expanded to include racist notes and comments by the developers and lenders who used them. The disinvestment that followed continues to haunt these neighborhoods, often in urban centers.

Concurrent with this disinvestment came a practice known as “blockbusting” – a predatory housing scheme employed by unethical real estate agents and housing developers. By deliberately stoking fear of black residents moving into previously majority white urban neighborhoods these profiteers encouraged white families to sell their homes below value in exchange for new, more expensive housing in the suburbs. This created a “white flight”,  and resulted in racially segregating urban areas from the surrounding suburbs in the process.

Title VIII of the 1968 Civil Rights Act – also known as the Fair Housing Act – formally prohibited refusing to sell or rent housing to someone on the basis of race, color, religion or national origin. Later this Act was expanded to include additional protections against refusing to sell or rent based on sex, sexual orientation, gender identity, disability, or familial status. Enforcement is primarily handled by the United States Department of Housing & Urban Development (HUD); but local non-profit groups, like Toledo’s Fair Housing Center, can help as well.

Founded in 1975, Toledo’s Fair Housing Center was established to assist victims of housing discrimination. The Center’s services include education, advocacy and litigation aimed at discriminatory lenders. Despite over half a century since housing discrimination was declared illegal, the Center continues to pursue redlining cases regularly, generally with administrative remedies.

One of the biggest misconceptions about redlining is that it only affects black homeowners. “It’s not about the race of the applicant for the loan, or the race of the person selling the house; it’s about the racial makeup of the neighborhood where the house is being sold or where the loan is pending,” said George Thomas, Vice President and General Counsel of the Fair Housing Center. “You might not realize that there could be discrimination occurring.”

Thomas explains that redlining may be occurring when: 1) the house sought to be secured is in a minority neighborhood; 2) an application for a loan to purchase the house was made; 3) an independent appraisal confirmed the value of the house is reasonable; and 4) the buyers are creditworthy. If a lender denies the applicant a loan while these four conditions all ring true, the applicant may be a victim of redlining.

Thomas added: “The recent cases that we are seeing might include a scenario where the lender tries to question the appraisal in ways that may not make sense. Appraisals are supposed to be done by a third-party professional, and when you get into regulated loans like those backed by the Federal Housing Authority, there are a number of requirements that must be met. So a red flag is raised when a bank says, “I just don’t like this appraisal; I’m not going to approve this loan.”

Lenders also use other ways to deny loans to homes in minority neighborhoods. “Sometimes banks will set minimum loan values. They’ll say, ‘We don’t do any loans below $30,000’ – which appears like a neutral policy; but when home values are lower, particularly in neighborhoods of color because of historic disinvestment and discrimination, that kind of policy is going to have a disparate impact on neighborhoods of color,” explained Sarah Jenkins, Director of Public Policy & Community Engagement for the Fair Housing Center. Jenkins added that the Center often works with banks to amend those policies.

Still, there is room for hope. “We’ve seen an increase in the availability of data and information that helps us better understand the present day impacts of redlining and the geography of investment,” said Thomas. “As a community we can absolutely come together to make progress on this issue.”

The Toledo Fair Housing Center was founded by activists from the League of Women Voters, Women of the Old West End, and others concerned by the impact of blockbusting in Toledo. It was one of the first of its kind in the nation. If you think you may have experienced housing discrimination, contact the Toledo Fair Housing Center at 419-243-6163 or visit www.toledofhc.org.